I haven’t operated my amateur radio station in about 10 years but this week I got bitten by the bug and decided to get back into it.  This morning, filled with vim and vinegar from yesterday’s turkey feast, I started checking things out.

I hooked up my transceiver and amp to the dummy load and fired them up. 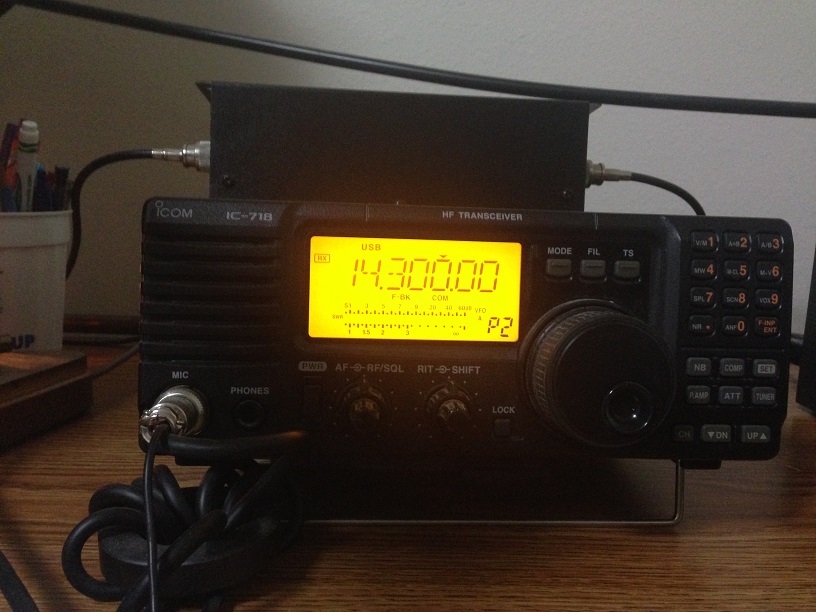 The transceiver is working fine. 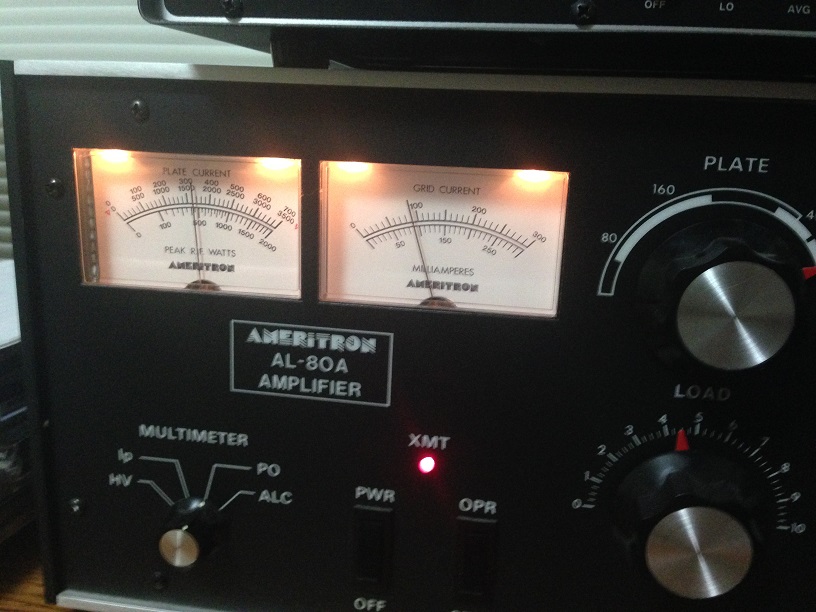 The amp is working fine too, pumping out 400 watts AM carrier.  With single sideband that will equate to about the amp’s rated 1000 watts peak envelope power.

I switched from the dummy load to the antenna and here is what I found: 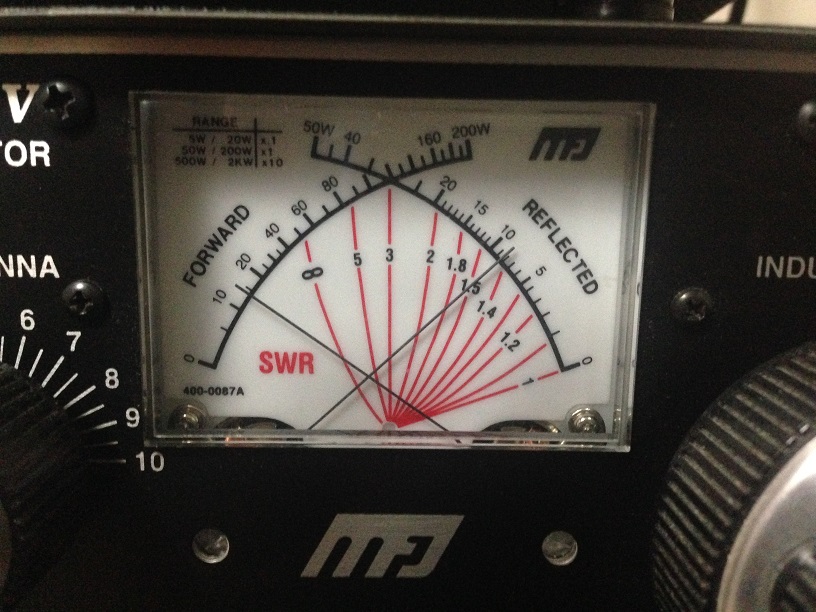 This meter is measuring forward power, reflected power and standing wave ratio (SWR).  Ideally the SWR should be 1.  In the real world, an SWR of 2 or less is acceptable.  Look at where the needles cross.  The SWR I am getting is more than 5!  Something is wrong with the antenna or transmission line.

The power and SWR readings should look like this: 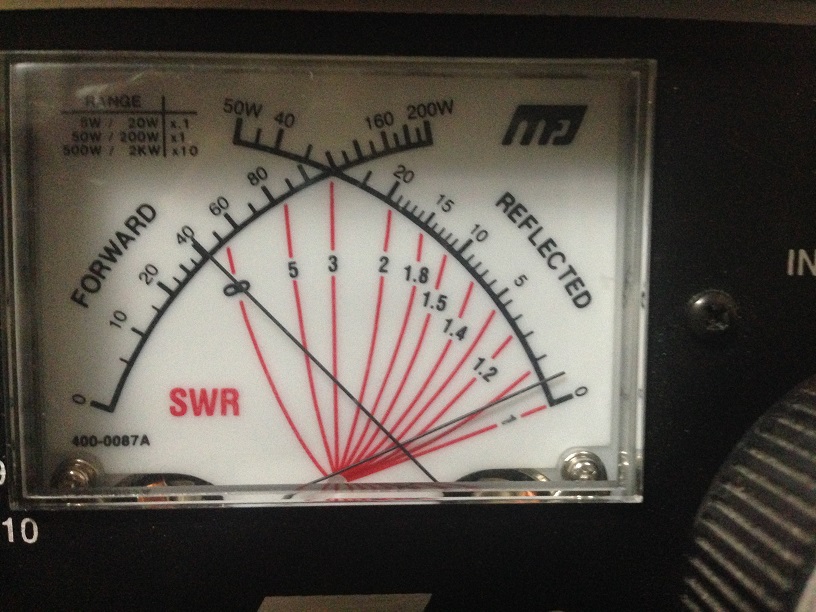 4o watts forward power, about a watt reflected and an SWR of about 1.2.

A high SWR can be caused by any of these:

When I first installed this antenna some 20 years ago it was the right length.  Since then it certainly has not gotten shorter and might be just a smidgeon longer due to stretching but not enough to explain the problem. 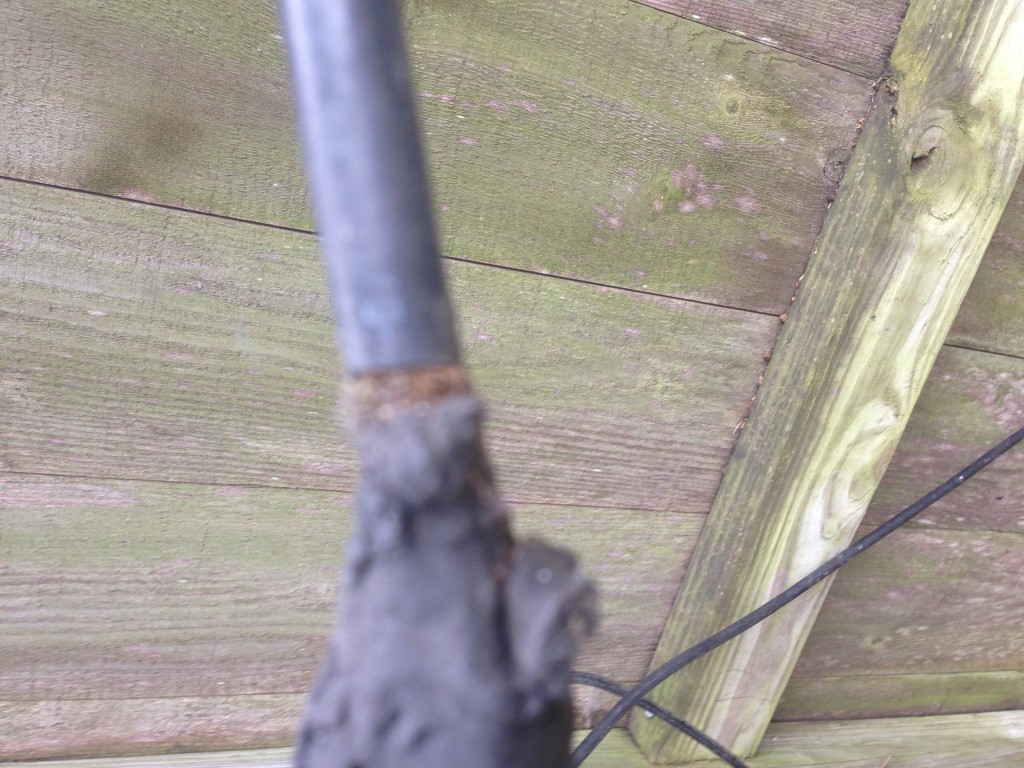 Unfortunately the phone camera decided to focus on the fence but you can still see the exposed and corroded shield on the feed line.  This is at a splice I made in the feed line to make installation of the system easier.  It is not a great idea to make a splice outdoors and now I am suffering from it.

I have the parts in house to make the repair.  Something to do tomorrow.  It will require an outdoor soldering job, which is hard to do.  Rain is predicted for tomorrow.  I am not going to try to do a solder job outdoors in the rain so if it is raining it will wait.