Last year I skipped posting my Imaginary Mythical National NCAA FBS Football Playoff brackets but it is a dark and wet weekend so I have some time to look into it this year.  This year I am going to focus on a mythical 8 team playoff based on a pairwise rankings modified from the system used by US College Online.  USCHO has very successfully mimicked the committee selections for the Division I College Hockey Playoffs for many years.

The first thing we need to do is select the teams to evaluate or Teams Under Consideration (TUC).  Since I am shooting for an 8 team playoff, I want to consider about 12 teams or so to make sure I get the best 8.  Let’s start by taking the top 12 teams based on Ratings Percentage Index (RPI). 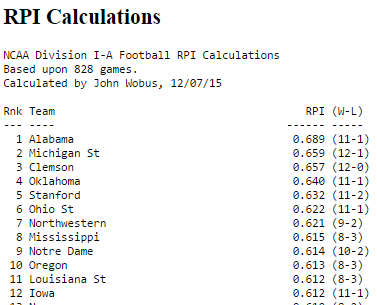 Note that this method only considers games between FBS teams.  Wins against FCS teams do not count.  Teams that schedule “cupcakes” for their non-conference opponents get no credit for winning those games.

This list varies from the top 12 teams selected by the NCAA FBS Selection Committee which has Florida State, North Carolina and TCU instead of Northwestern, Oregon, and Louisiana St.  Let’s add them making the list of TUC 15 teams: 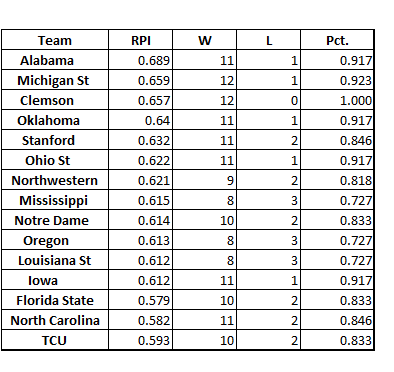 The criteria I will use for the pairwise comparisons are:

Here are the results: 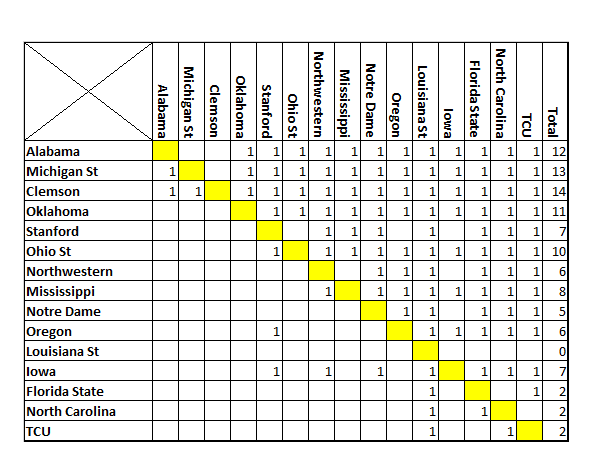 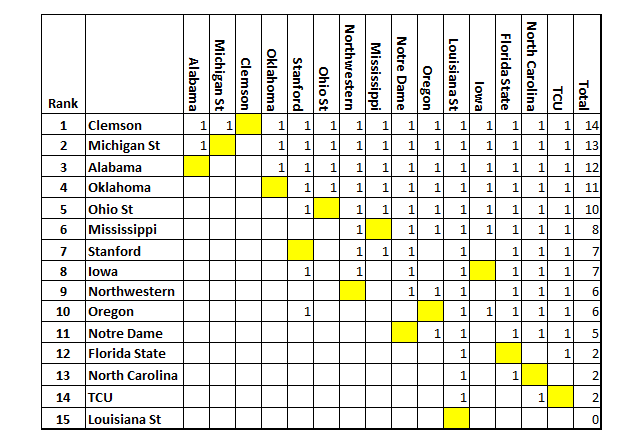 The top 4 teams match those of the selection committee except for Michigan St and Alabama flipped in the 2nd and 3rd positions.  A 4 team playoff bracket would look just like that of the committee. (Great minds think alike!) 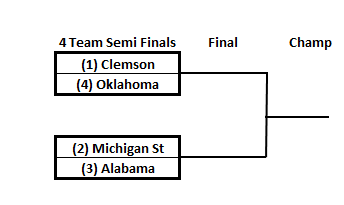 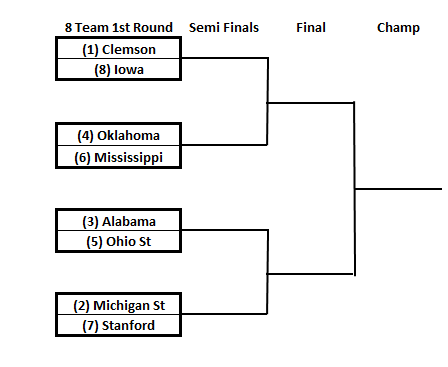 Note that I flipped the 5th and 6th seeds to avoid a rematch of Alabama and Mississippi until the final.

This entry was posted in Sports. Bookmark the permalink.